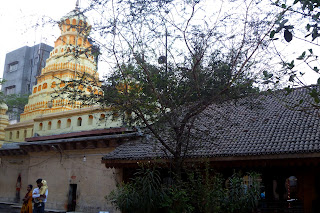 The Chinatmani Ganpati temple at Theur is one of the Ashtavinayaka temples viz. the eight Ganesha pilgrimage centres in Maharashtra. 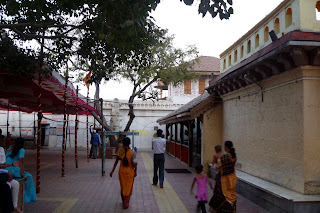 The  temple has a lore behind it. It is said that after praying to Lord Shiva, the sage Kapila was gifted with the Chintamani diamond. It had magical properties and could grant any desire of its beholder. One day it so happened that Prince Guna (son of King Abhijat and Gunavati) visited the sage. The sage used the amazing power of the stone and accorded the prince a very sumptuous meal. The prince was amazed at the wonderous powers of the stone and yearned for it. He requested the sage to part with the stone. But when the sage refused he stole it from the sages ashram. The sage in despair prayed to Lord Ganesha who in turn recovered back the diamond . But Sage Kapila wuld now have nothing to do with the stone that caused him such angst and gave it back to Lord Ganesha to adorn his neck. That gave Lord Ganesha the name of Chintamani. Since Kapila had prayed to Ganesha under the Kadamba tree, Theur was known in the ancient times as Kadambanagar. 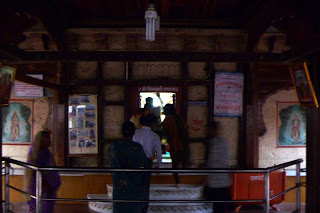 Theur is located  22kms from Pune and lies across the Pune Solapur highway at the confluence of rivers Bhima, Mula and Mutha. 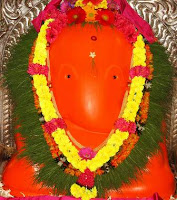 The Ganesha idol is left trunked and north facing. Two diamonds adorn the saffron coloured idol as its eyes. The main temple was built by Dharanidhar dev maaraj from the Maurya Gosavi lineage sometime in the 17th century. 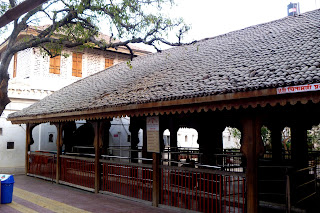 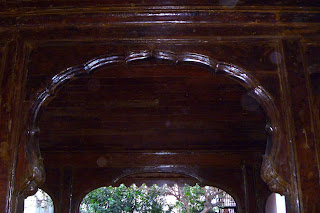 Later Peshwa Madhavrao built a wooden (teak) sabhamandap for the temple in typical Maratha architectural style (so similar to other peshwakaalin temples all over Pune). 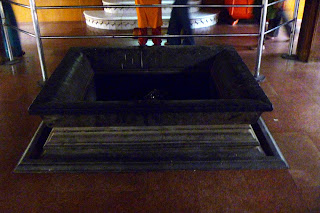 The sabhamandap also has a old stone fountain facing the gabhara entrance.

Madhavrao Peshwa was said to have breathed his last in the precincts of this temple and his wife Ramabai also went sati in its vicinity. Their samadhis are located here. 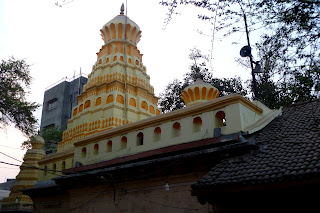 The freshly painted shikhara has obviously undergone renovations from time to time and is nagara in style. 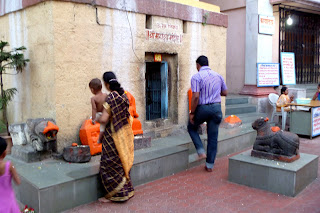 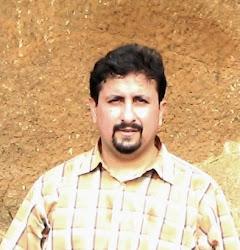